Kiwi sailors filled the top three places in the only race sailed on the opening day of the 2019 Symonite OK Dinghy World Championship at Wakatere Boating Club in Auckland, New Zealand. Andrew Phillips led all the way to win from Dan Slater and Luke O’Connell.

The forecast for the day was at best changeable, but was ultimately challenging for race officer and sailors alike. The fleet launched on time but after arriving in the race area there were several large wind shifts and position changes before a course was laid. 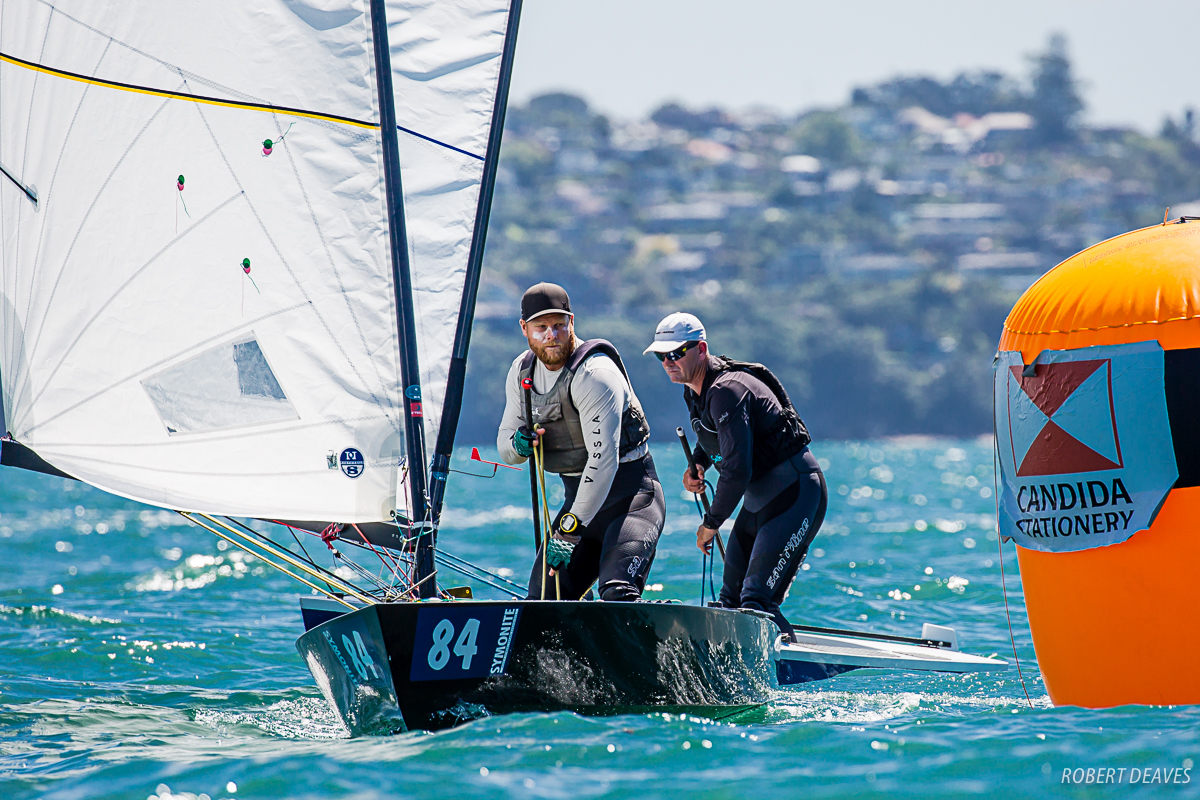 In the end it took five attempts to get the fleet away in a patchy 5-8 knots. Two general recalls under black flag left 18 boats with a BFD score to start their championship, including a few big names.

The left side seemed to pay with more pressure closer to shore. Phillips judged it well and just squeezed inside Slater at the top, never to be headed. It turned into a quite a slow procession and with 111 boats trying to find wind, the split upwind was huge and the downwinds were an often fruitless search for pressure. 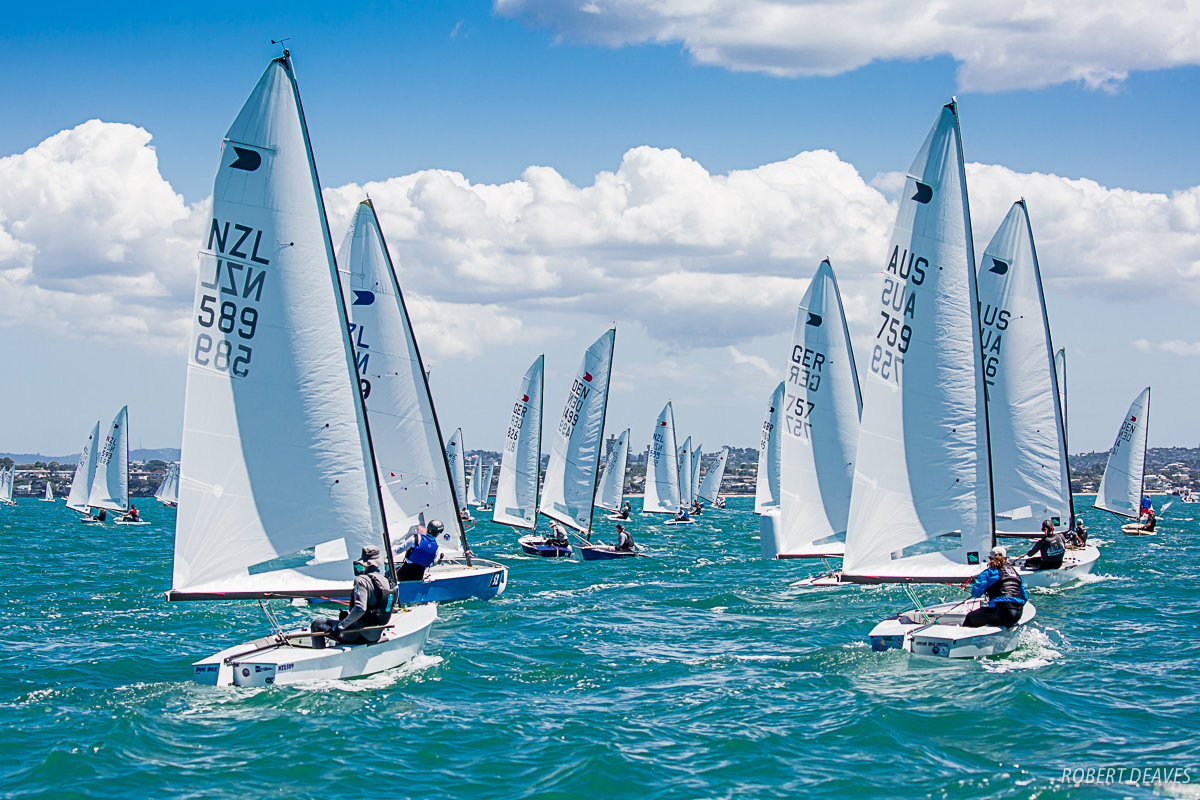 The top three led round the fleet round the course with Phillips covering Slater up the shortened final leg to the finish, while O’Connell led Fredrik Lööf and Steve McDowell over the line.

The flag boat at the finish sent the fleet ashore, a decision received with mixed emotions, but generally relief.

Phillips said, “Very tricky out there. Hats of to Paul [Davies, the Race officer] and the race committee for eventually getting the start off in extremely tricky conditions I don’t know how many black flags we had or how many general recalls we had but we only had one race in the end.”

This championship marks his return to the class he last sailed when the world championship was in Napier in 2002. “It was a good day and great to be back in the OK Dinghy after nearly 20 years. I think the last time I sailed was in 2002. So it was good to come away with the win.”

Why did he come back? “I came back to the OK a year ago for the New Zealand nationals. What brought me back was the quality of the fleet really We have about 30 OK Dinghies sailing out of Wakatere and regularly get most of those boats on the water. So that’s cool and also just sailing with your mates and sailing with some quality guys. If you win a race here then you can say you’ve done it against some really good guys and that pretty cool, from an amateur sailing point of view.”

The strong Kiwi fleet had six boats inside the top 10. In fifth place was Steve McDowell from Worser Bay Boating Club in Wellington. 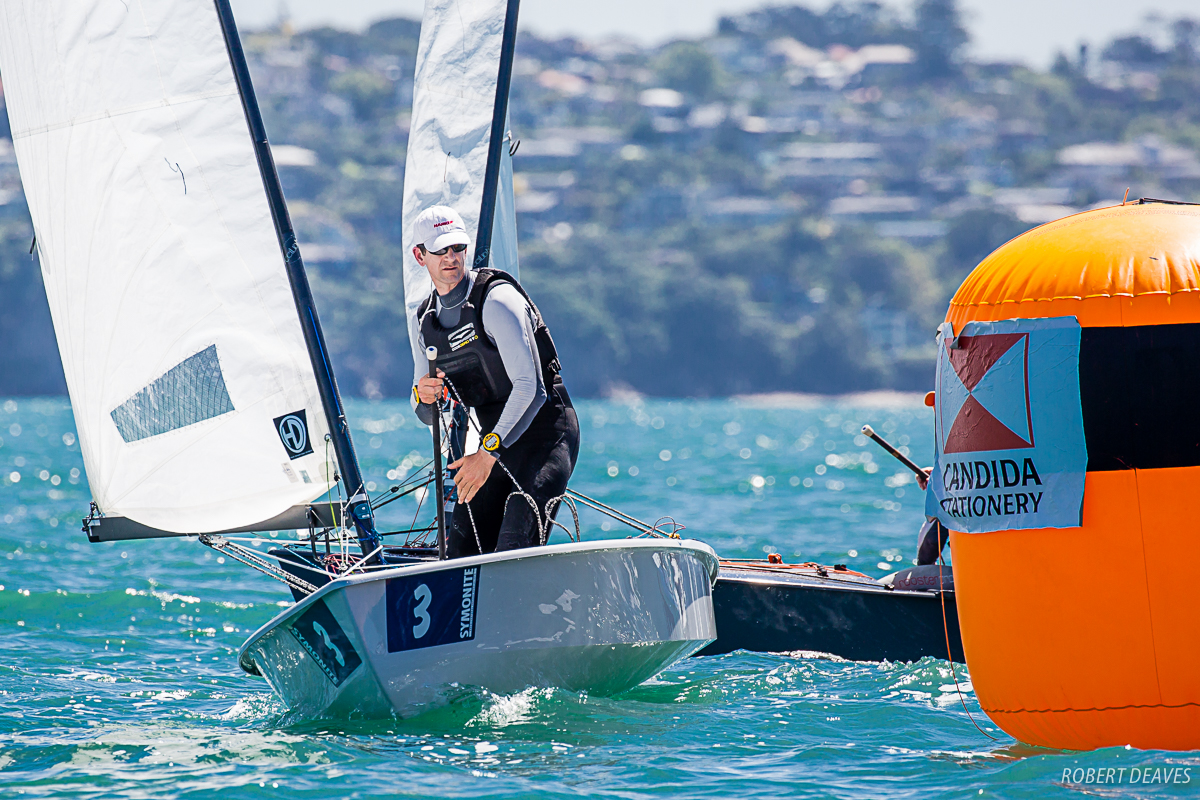 “I had quite a good day in the end I was pretty happy. It was multiple restarts, really light and quite big shifts, so really tricky. I was probably a little bit lucky up the first beat. I sort of got bounced out to the left a bit, which as it turned out was quite good and I managed to get bit of pressure and my own lane coming into the top mark and from there it was a case of follow the leader, but really happy with a fifth considering the conditions.”

On the strong local fleet, he said, ““It’s great. I think we saw out there today, certainly from the New Zealand point of view, that there are 20 or 30 guys who are quick enough to be up the front. Its makes it easier to train and know you are going quick when you have such a strong fleet.”

Racing is scheduled to continue on Monday at 13.00. The series consists of 10 races and concludes on Friday 15 February. 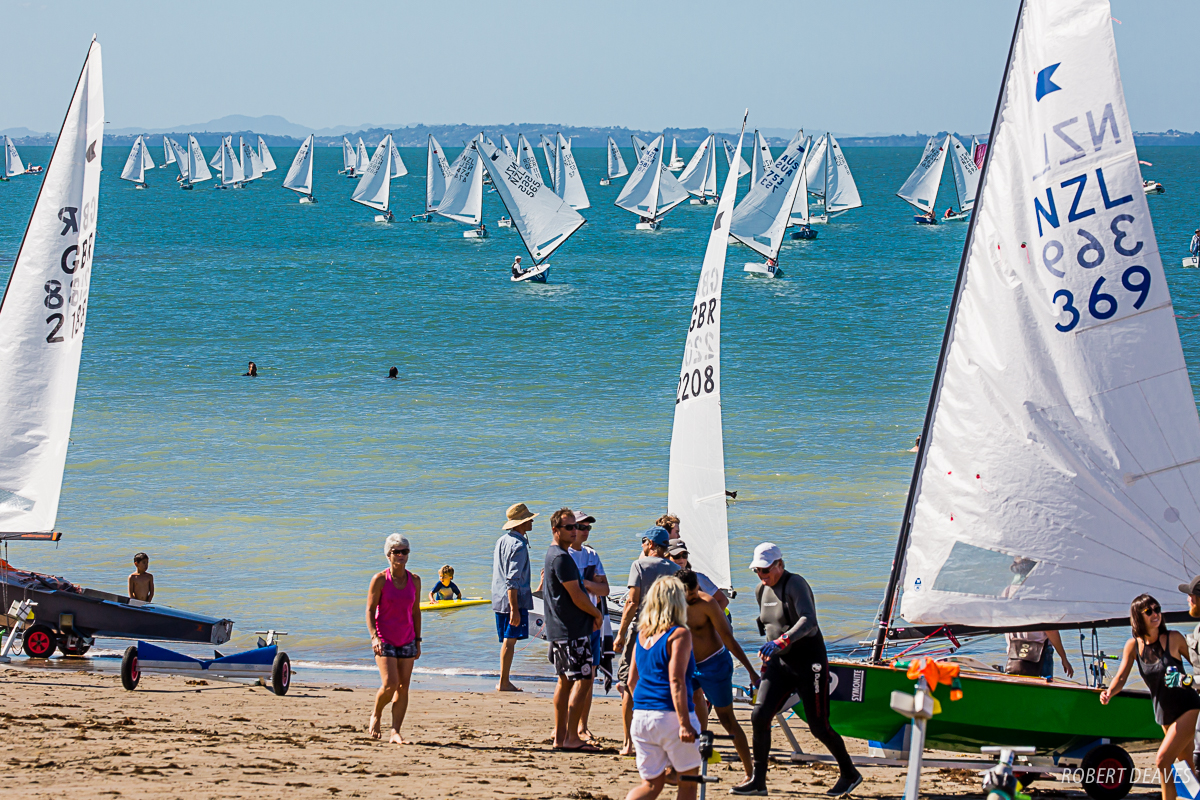