The two-day championship attracted 83 entries as the fleet gathers at Wakatere Boating Club, on Auckland’s North Shore, ahead of next week’s world championship. It was a weekend of two halves with very light winds on Saturday and only two races sailed, followed by a very physically tough day on Sunday with four races sailed in winds up to 16-18 knots. 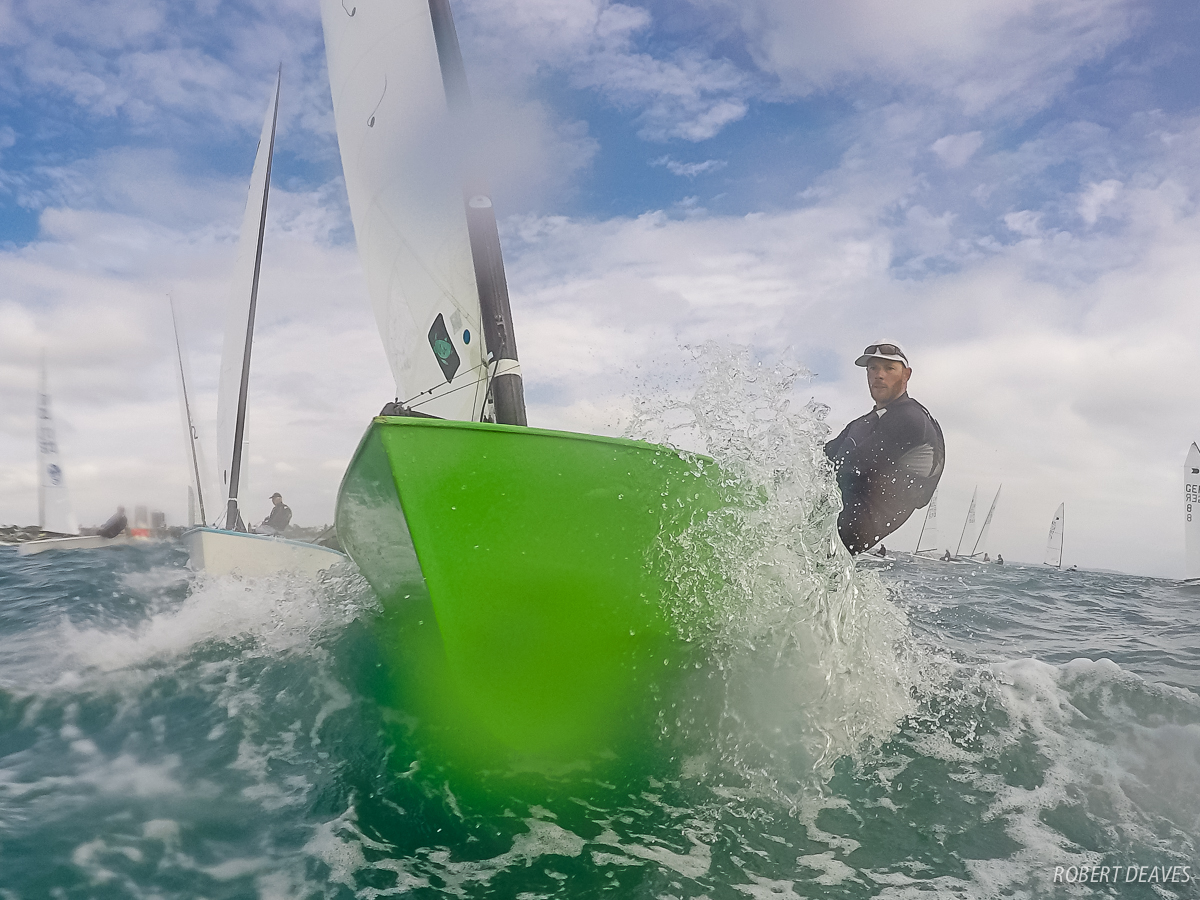 Three races were actually sailed on Saturday, but a timing error meant the first race was abandoned within sight of the finish line as the fleet ran out of time. The next two races were sailed in quite light winds with the peak of Rangitoto having a huge impact on the pressure and direction changes, which mixed the fleet each race.

Race wins went to Fredrik Lööf and Craig, but Kurfeld led overnight from Lööf and Rohan Lord, though it could have been very different. Lööf was leading the abandoned first race while Craig was bizarrely disqualified by the jury in Race 1 for not completing his penalty turns properly after receiving a yellow flag.

Sunday brought stronger onshore winds that developed during the day in a glamour day of sailing with moderate wind and waves, with the brilliant sunshine turning the waters azure and alluring. It was a great day to be on the water, but the racing was complex and challenging.

There is huge depth in the Kiwi fleet with the first win of the day going to Eric Rone, from the home club. O’Connell and Steve McDowell from Wellington won the next two races before Lööf won the fourth and final race of the day in fantastic conditions.

With seven Kiwis in the top 10, they have sent a message to the fleet that they have put in the hours and are well prepared ahead of next week’s world championship.

While Kurfeld took the overall win, he acknowledged that he was lucky to do so. Without the costly decision on Saturday, Craig would have won. Without a final beat error in Race 3 from Lööf he could have won. There were many ‘if onlys’ but only one winner, but it all points to what will be an incredibly competitive world championship.

O’Connell ended the event as top Kiwi and retained the National’s trophy. He explained his weekend, “It started all right, Saturday morning, the first race that wasn’t a race, was real good for me and then the next race was not too bad and the last race was a big score. I’m not sure I knew what I was doing that race, but I‘m also sure a lot of people didn’t know what they were doing that race.”

“Sunday was just gorgeous sailing conditions. 15 knots, waves, warm water, almost like Barbados again. I had a pretty good day and happy with how I went.”

“It’s good to know we are not far off the pace from the Europeans. It’s been a while since we last went to a worlds, [in Barbados in 2017] so it’s good to check in. Myself and Steve [McDowell] have done a lot of sailing together so it’s nice to see that it is working. Steve was fast and probably should have won two races but got a little bit strung up in the last race and couldn’t quite get there.”

On the strength of the Kiwi team. “I think all the boys up here have done a lot of sailing and are going super fast and Steve and I have done our own thing down in Wellington, so I think if it gets windy Steve will be alright.  When it goes light we haven’t done a lot of practice, so a bit more breeze will be good.”

He said the fleet is really competitive. “The fleet here is just awesome. The Kiwi fleet is just super buzzing that so many have come down here. Everyone is just so excited and it’s a really good quality fleet with Jan, Freddy and, of course, Nick. He keeps saying that he’s out of practice, because he hasn’t done much yachting, but if you’ve won five world championships you don’t get to say that anymore.” 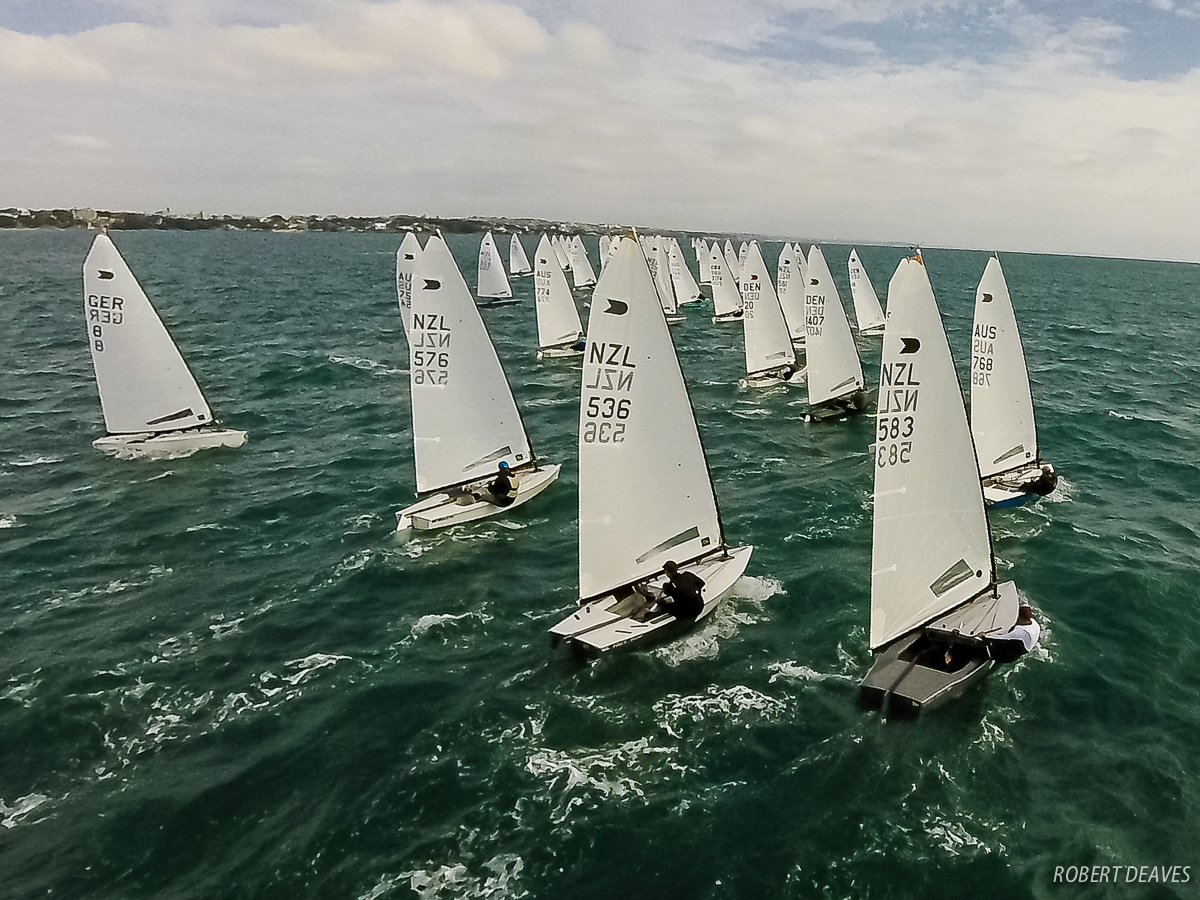 Kurfeld admitted he was lucky to win the weekend, “On Saturday we had quite a light wind and it was very shifty and I managed to have a good day. I must say I was a bit lucky as the race that was abandoned I was not looking good and I got my first yellow flag, so in the end I was a little bit lucky with two seconds.”

“On Sunday, we had supreme conditions and I think everybody liked it. In the first two races it was a bit tricky and later on when the wind increased it got more stable and I was again lucky. I didn’t expect to win in the end. I capsized on the last downwind in the fifth race when I was in first. When I got going again I was in fourth place but then got a second yellow flag, so had to retire from the race and got a DNF.”

“So I didn’t expect to be first overall but in the end it was enough, so I am happy. It was good for me was just to see where the level is, how the others guys are going. I expect that the worlds might be quite competitive and for sure at least as competitive as last year in Warnemünde and will be a lot of fun, so I am looking forward to the worlds. I found out some things I need to work on in the next days so still some work to do but all good so far.”

On sailing in New Zealand, “Everything here is great. The people around here are very nice with a very warm welcome for everybody so everyone is really happy with the club and the race management.”

“It was tough racing, especially in the first two races on Sunday, but later on when the wind built it got even more physical, so again a long day, with almost seven hours on the water, but it was worth it.”

More sailors are arriving each day, some are resting after a tough weekend, some are still practicing ready for next week. Measurement and registration for the world championship starts on Thursday with the first races scheduled for Sunday. 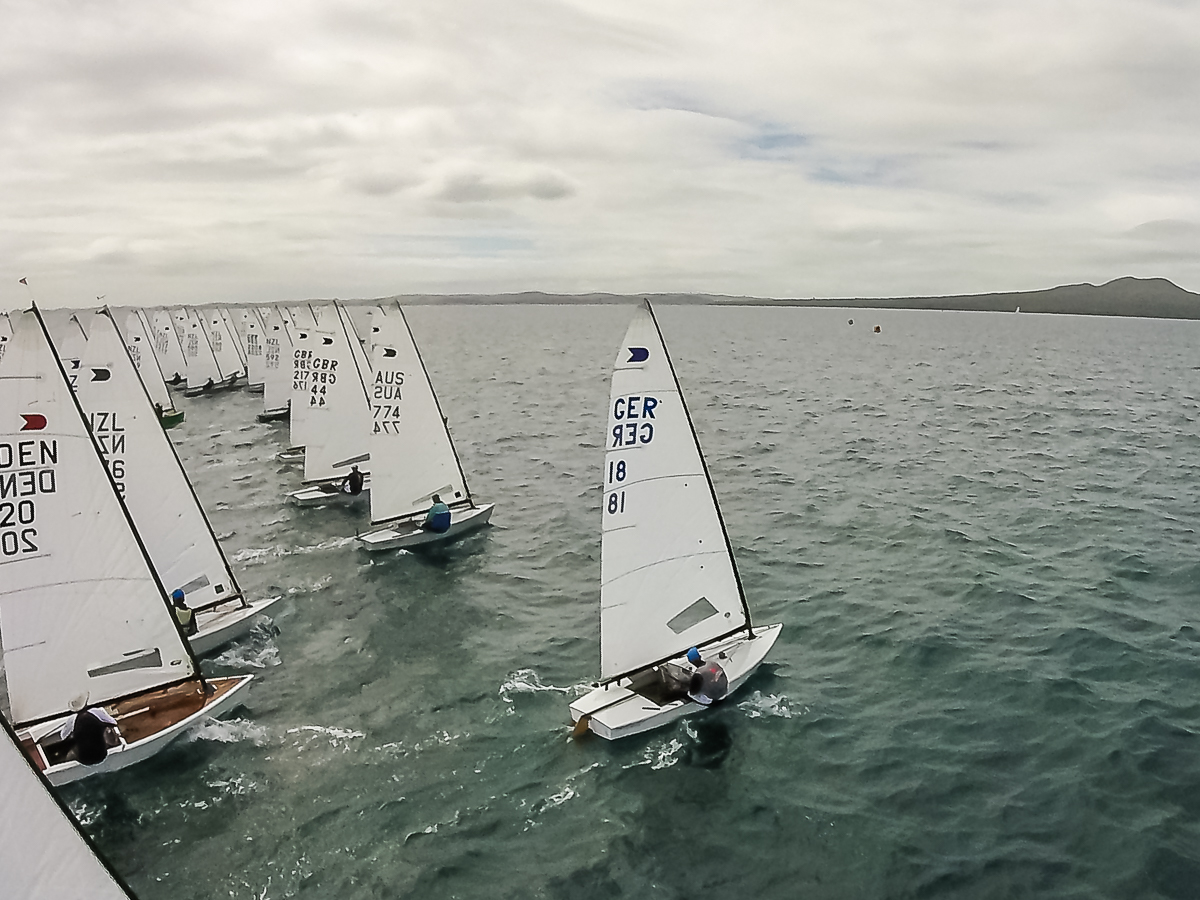 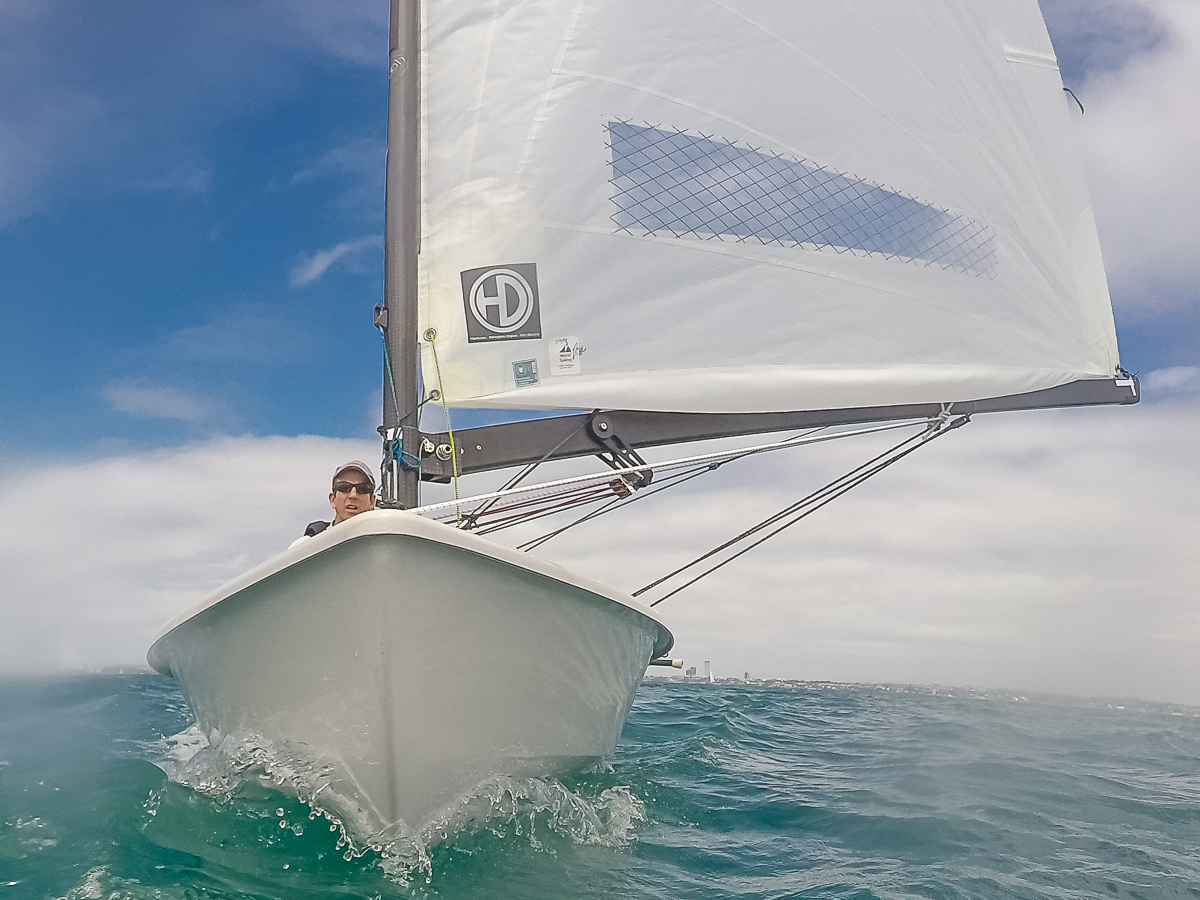