Wakatere Boating Club (WBC) has adopted the ‘Sailors for the Sea’ best practices to produce what is termed a ‘clean regatta’. The programme is designed to assist events and local communities to adopt standards and practices that will mitigate the effects of unsightly and environmentally unsafe refuse. The programme defines 25 best practices with guidelines on how to run any water-based event in a sustainable way. The OK Dinghy World Championship has been awarded a silver classification, meaning that it meets at least 13 of the 25 best practices. 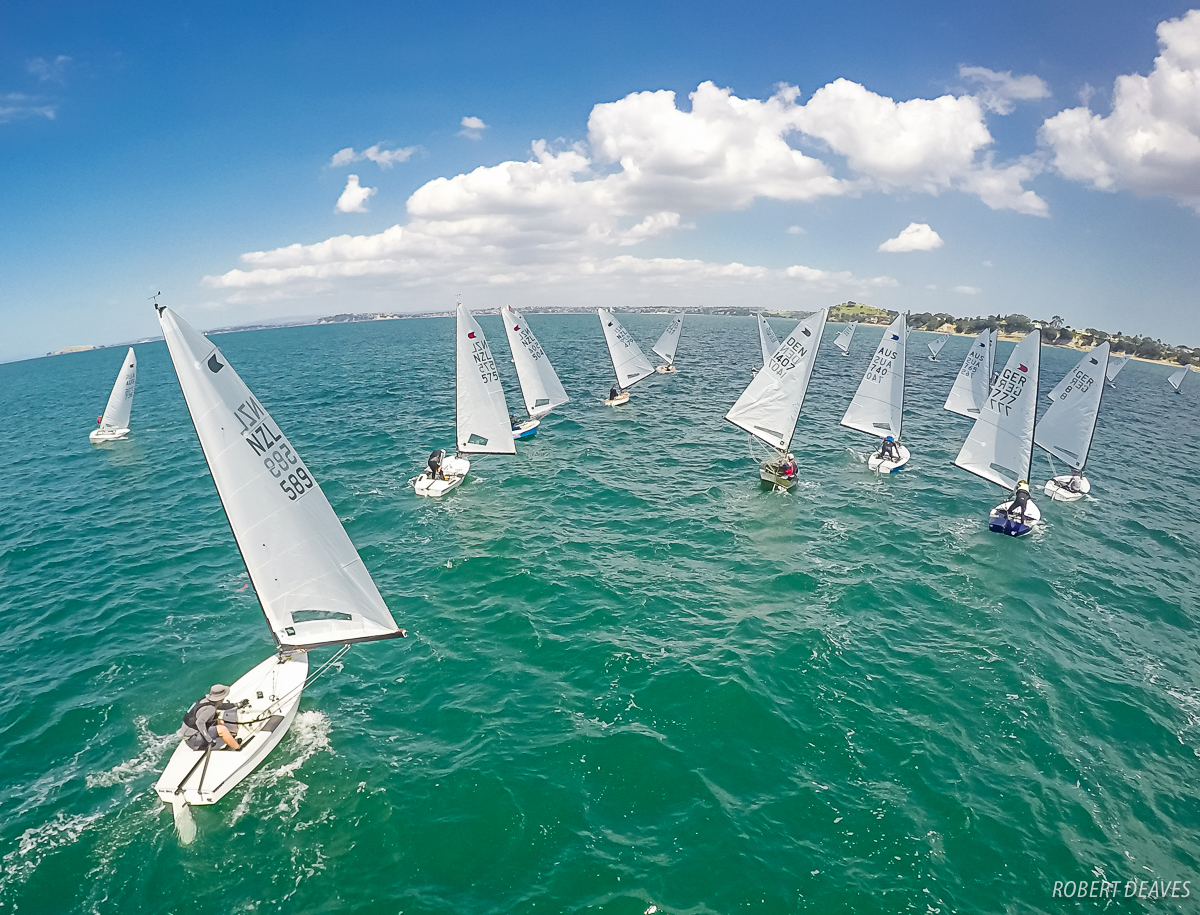 Training in the Hauraki Gulf

The club’s committee member with responsibility for sustainability matters, Delayne Salthouse, said the process towards change started after walking her dog along Narrow Neck Beach and collecting a huge pile of plastic rubbish. “I thought we have to do something about this.”

“The OK Worlds is a silver category regatta. We are continuing to work on that, but it’s really huge progress and gets people thinking. It’s now a club policy for all events.”

Club Commodore, Simon Probert, has also been instrumental at introducing change at the club. “We could do better than we were doing. In the end there was a lot of will from the committee, but the key was appointing someone to have responsibility for all our sustainability decisions. Delayne is now a permanent member of the committee.”

Some of the more obvious initiatives that can be seen at the event include:

• Reducing all paper use to the absolute minimum;

• The club only sells bottled water from ‘For The Better Good’, which makes bottles made from plants. Ovington Boats in the UK has also sponsored reusable water bottles for all competitors with water stations set up around the club to reduce the dependency on mineral water;

• Minimal plastic footprint – compostable plates, cutlery, water bottles and event banners. The only thing that is not recyclable are the bow stickers;

• All beer for the event is supplied in cans rather than bottles. With 6,000 cans expected to be consumed during the event, that is a huge reduction in waste volume, even though it is of course all recycled;

• Event banners are made from a compostable material so they don’t end up in landfill. 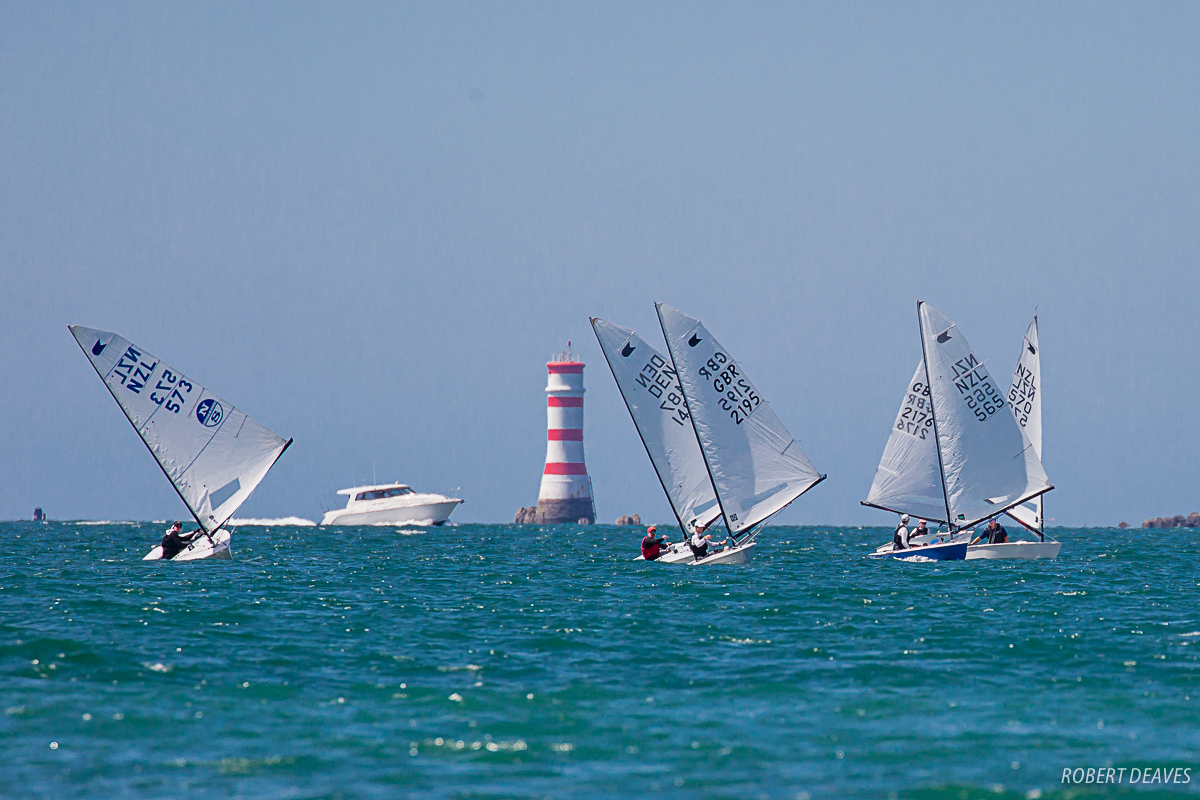 Competitor’s event bags are supplied by Doyle sails using recycled OK Dinghy sails. Probert explained, “We pulled out 15 old OK sails out of the sheds and convinced Doyle Sails to convert them to bags.” Doyle has also provided the club with reusable lunch bags to cut back on single use plastic.

Probert continued, “Every decision we now make comes back to sustainability. It all started with our waste systems, changing from one bin for everything to three separate steams. Adding compostable waste reduced our landfill waste by more than two thirds.”

“Once you have started, it makes you look at other things that can be reduced or reused.”

Delayne added, “We received great support from SA Plumbing Supply, who spent a lot of time perfecting the most efficient water filling station for us. Innocent Packaging and WeCompost have also worked together and supported us to improve what we can do at the club.”

Vice President of the OK Dinghy International Association, Mike Wilde, welcomed the initiative that the club has taken.

Wilde, whose own business, Woods Waste, specialises in recycling and is one of the sponsors of the world championship, said, “It is fantastic the lengths the club has gone to minimise the impact of this event, and others, on the fragile environment in which we all love to compete. There is incredible attention to detail here, from the forks we use to the water bottles and the beer.”

“OKDIA is very happy to endorse all these projects. Education is an important part of all this and we hope the sailors will take ideas away from this event for their own clubs and communities. Even though we acknowledge the impact of the sailors flying to New Zealand is huge by comparison, it is the little things that make the difference.” 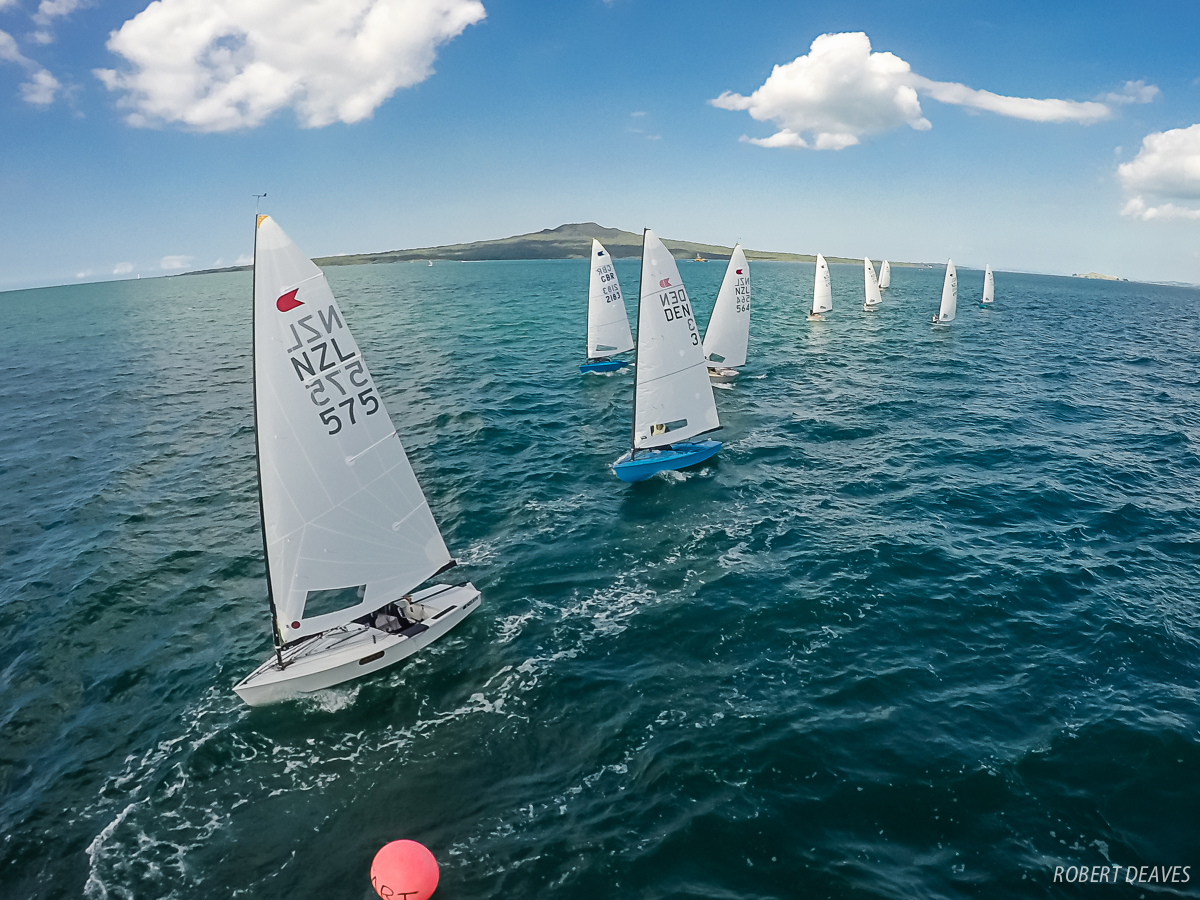 Under the shadow of Rangitoto

The club sees its younger members as a key part of the process. It has invited Environmental Ambassadors from Yachting New Zealand to talk to its young members and run beach cleanups, and hopes when these children sail overseas they will lead the change for sustainability and best practice.

Dalayne continued, “What we have realised that with a family based club is that the learning starts with the children. We put together programmes such as picking up rubbish during their briefings. It changes their mindset and makes them champions of their own beach. It also transfers to the water with them picking up litter on the race course and putting it in their boats.”

“We are also collecting plastic ‘nurdles’ from the beach, the raw form of plastic that plastic goods are made from. They look like fish eggs. We want to collect enough to make a sustainability trophy to recognise the person within the club who had made the biggest difference.”

Probert concluded, “The biggest advice for other clubs is to appoint a person to be responsible for sustainability and then question every decision. “Is this the most sustainable option? Is there a better choice?”’

“We now have systems in place to make sure it happens by default. Everything we do has a sustainability check.”

The next steps for the club include greener on-the-water activities such as more efficient or electric engines and creating water tanks as part of the club’s redevelopment. Up to 70-80 per cent of water use at the club is for washing down boats. Using rainwater rather than mains waters would make significant savings.

The 110 sailors here at the Symonite OK Dinghy World Championship have all embraced these small but important initiatives. Registration and equipment inspection begins on Thursday, with the first races scheduled for Sunday. 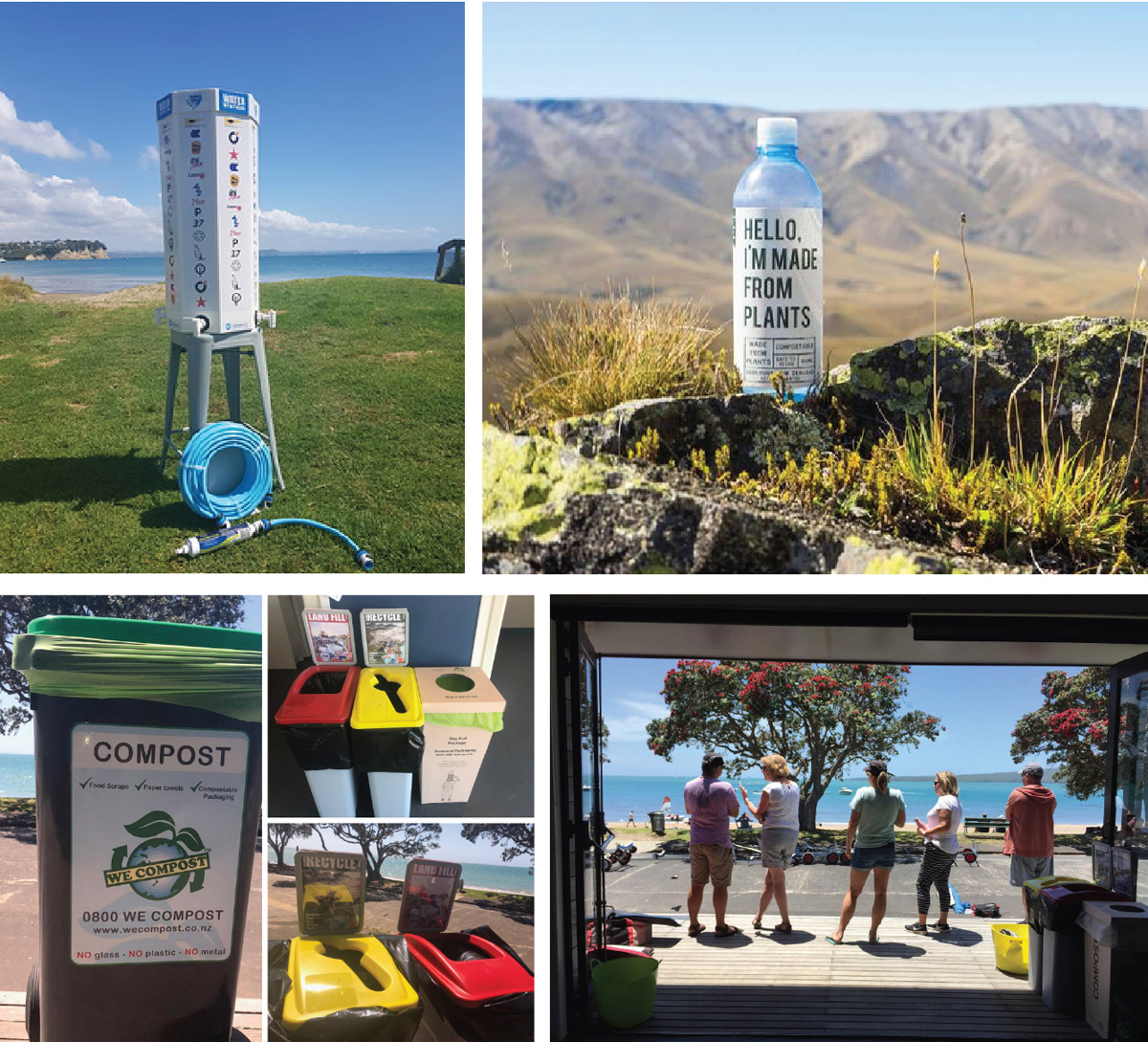