Dan Slater has extended his lead to 11 points on the penultimate day of the Symonite OK Dinghy World Championship at Wakatere Boating Club in Auckland. He takes an 11-point lead into the final day from Fredrik Lööf. Andrew Phillips stays in third after winning the first race of the day, while Rohan Lord won the second race.

The day started as expected with a postponement onshore, but after two hours the fleet was rewarded with a building sea breeze and two great races into the early evening. With the change in direction from the last few days, the top mark was almost in the shipping channel, so the tide played an important role. 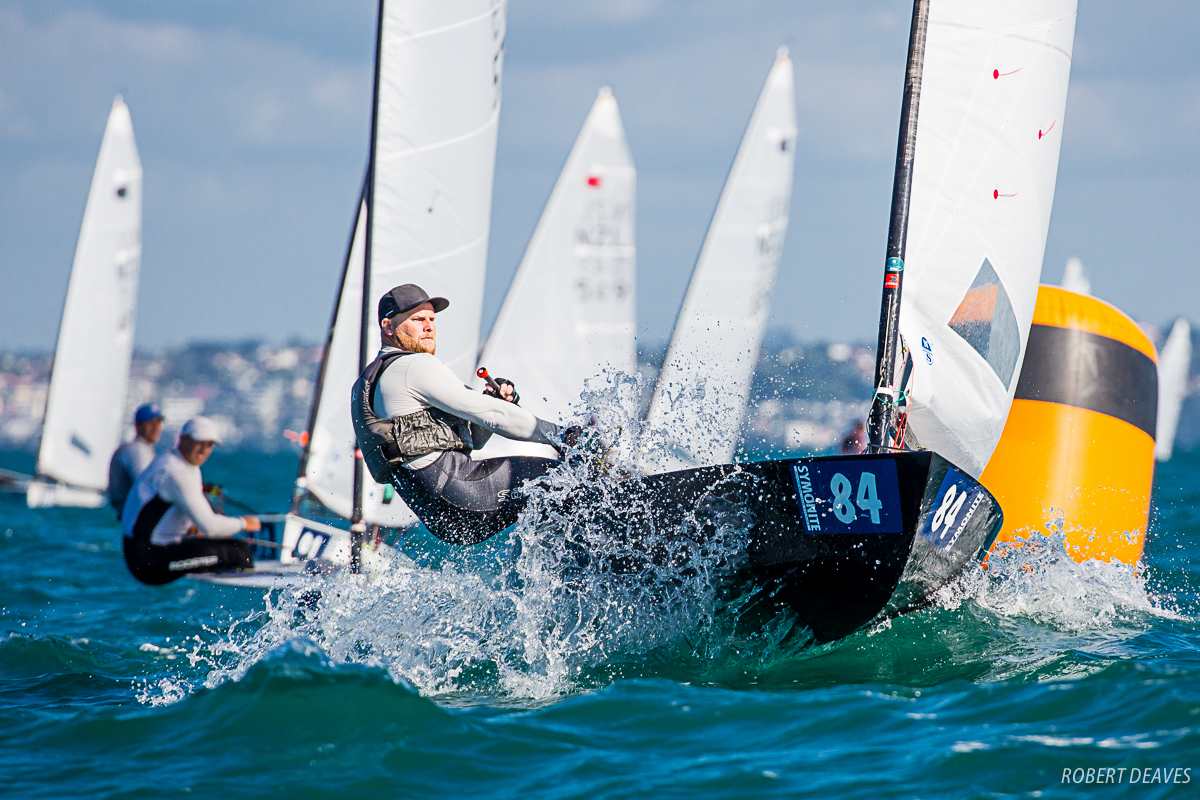 Race 1 winner, Andrew Phillips, from the home club, dominated the first race of the day, taking the lead on the first reach and then leading at every mark despite some strong opposition chasing him. Five-time world champion, Nick Craig, led at the top mark for the first time this week and was in the chasing pack once Phillips took the lead. Phillips extended near the end and Lööf came through for second with Slater third and Craig fourth.

Race 7 started with a black flag and six boats disqualified as early starters after one false start under ‘U’ flag. Ben Morrison lead at the top, but unfortunately was one of the BFDs. Rohan Lord was not far behind and took the lead on the second lap and held on to win from Craig and Lööf.

Craig was enthusiastic about his day. “I am really enjoying it. It’s fantastic racing with 110 boats, and a really high standard. The club is running it really well. As soon as we get in we get two beers and a plate full of food, so that certainly appeals to me.”

“In terms of the sailing it is very tough. I didn’t have a great Day 2. I was just over tacking on the shifts and the sides were paying so I got that very wrong, but back on a bit of form today, so very happy.”

“The race officer has done a great job all week. Today we sailed in the best breeze of the day. It was probably 10-12 knots and reasonably steady, oscillating about 10 degrees, which I like. The sides weren’t paying; you had to take some shifts. So it was a good day.”

On sailing the OK. “It’s fantastic, the great racing is really close, it’s tough, not easy, with great camaraderie and there’s great shore side socials, We had the lay day on Wednesday and on Tuesday night I left at 1.00 am and the bar was still going strong, so it’s been a good fun week.” 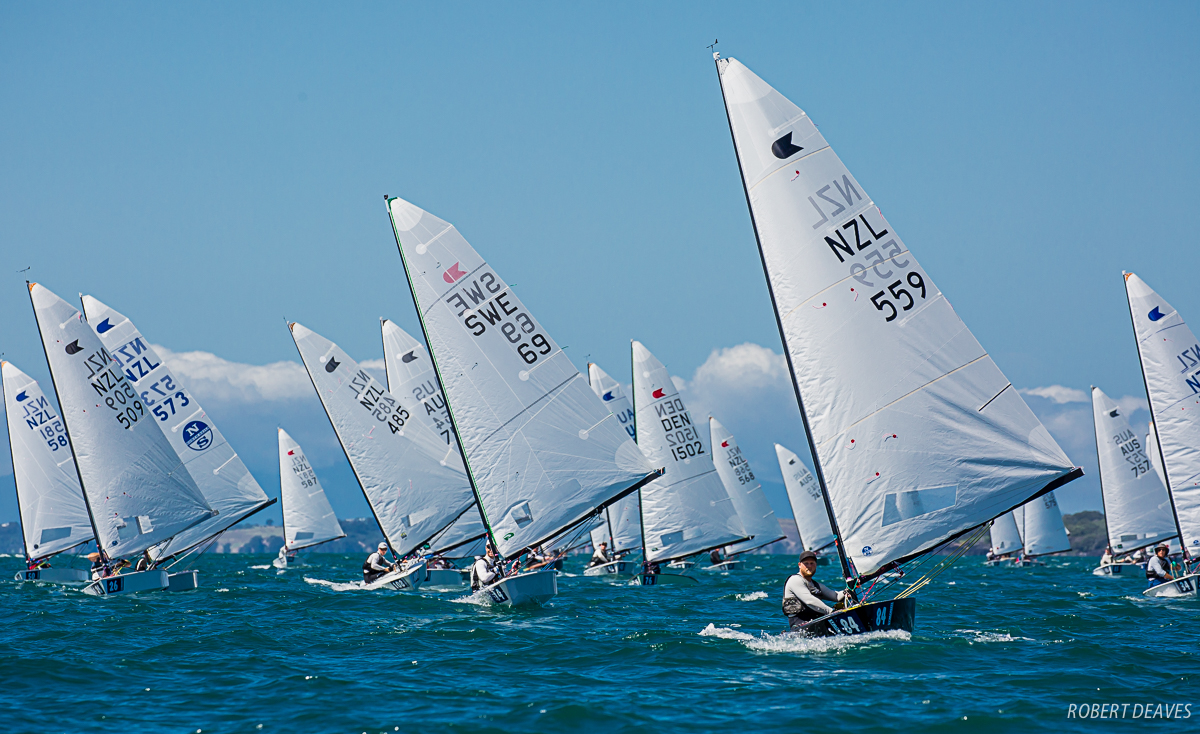 Lord hasn’t sailed OKs since 1986. “So it’s 38 years. I actually got back into sailing just to stay alive really; we’re all getting older. And just to go racing. And also because the world champs were here. The quality of the boats is fantastic. The good thing is you have the young guys like Josh Armit who can race alongside the masters and anyone can have their day, whereas some classes are more elite.”

On the race win. “I guess I was a bit lucky really as I managed to get off the line with a bit of pace and a lot of height on the leeward boats, so I was quite lucky in that regard. So I had a slight jump of the boats around me so I could sail my own race.”

On the event. “It’s fantastic. The class is so good and the racing is great with all the international competitors and the way that the Wakatere club has organized everything, from the beers to the volunteers it’s been fantastic.”

“I started sailing the OK in 1986 when the worlds were here and I think the class has evolved as the sailors got older, the organization has become better and it’s really well run. From what I can see the New Zealand guys have a really good organisation system; it’s amazing what they have achieved.”

Slater is within reach of the OK Dinghy world title and just needs one more good race to polish off an impressive week of sailing. Lööf didn’t get off to the best start but seems to have got to grips with the fickle wind and was the best sailor on Day 4. Phillips, meanwhile, has surprised many and is the only sailor so far to win more than one race.

Racing will conclude on Friday, with the first warning scheduled for 11.00 and a maximum of two races possible. The forecast is not very encouraging so hope remains for a sea breeze to develop in time to get in the two remaining races before the 16.30 deadline. 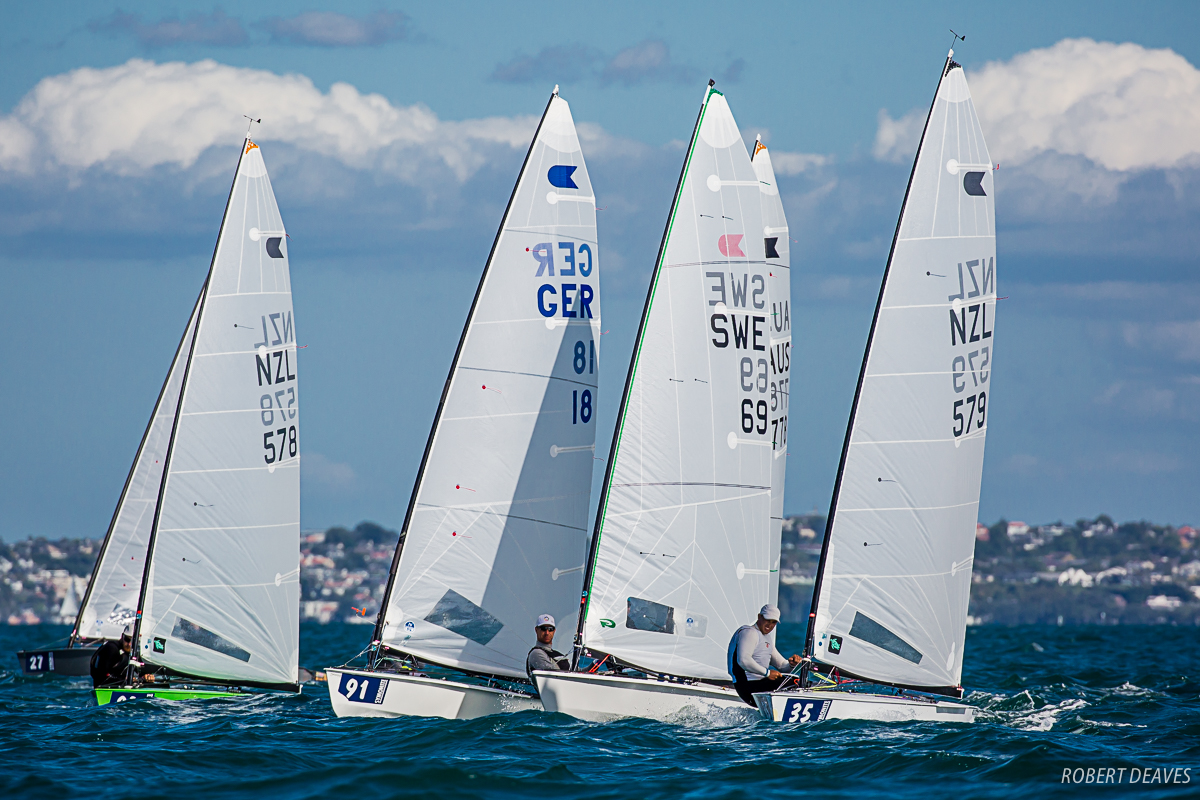 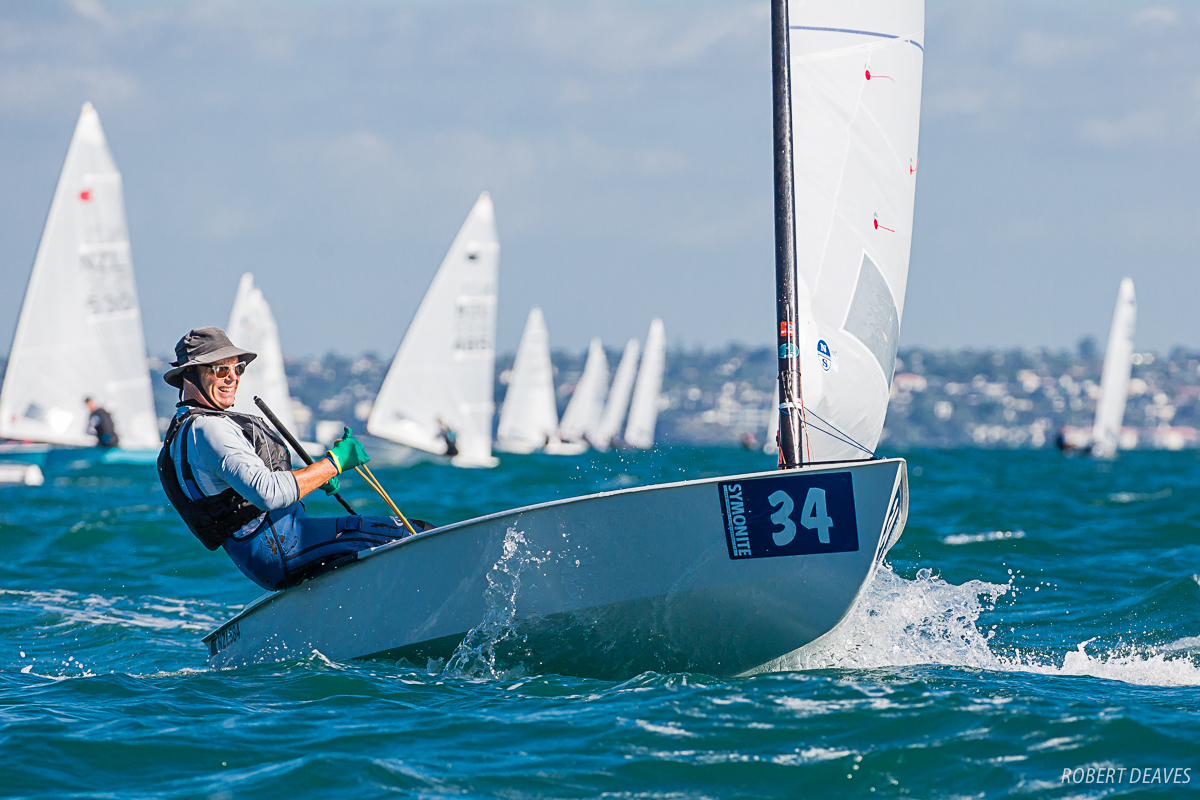