Seventeen year old Josh Armit has taken the joint lead at the 2019 Symonite OK Dinghy World Championship at Wakatere Boating Club in Auckland after emerging from the second day of racing with the lowest points of any of the 111 competitors. Day 1 leader, Andrew Phillips is joint first while Dan Slater completes the top 3. All three sailors are sat on four points after three races. The second race of the day was won by Brit, Richard Burton, who mastered the shifty conditions to lead throughout.

The day began windless with a two-hour postponement on shore. Around 12.00 the Manakau sea breeze (from the west cost) began to build and the fleet were sent out in a promising offshore breeze. However once on the race course it was still quite unstable in strength and direction. The race officer moved the fleet closer to the Takapuna shoreline where the wind was stronger, but it was still quite shifty.

Race 2 got away first time in 10-12 knots with the fleet split fairly evenly across the course. Those on the right faired better with Luke O’Connell leading into the top from Slater and Rohan Lord. It all changed on the next triangle with young Armit moving ahead on the second upwind, with numerous changes through the rest of the top 10. Armit led round the remaining lap to lead eight more Kiwis over the line with Fredrik Lööf in tenth.

The next race started very quickly with a slightly more stable breeze, though the sun was on the way down. Lööf controlled and won the boat end and tacked off to the right. Burton started by the pin and went left. At the top Burton had a useful lead from Matthew Mason and Paul Rhodes, but by the wing mark Lööf was up to second and pushed Burton hard round the next lap.

However Burton hung on and on the final beat played the shifts in the middle while Lööf went left and Slater went right. All three looked to have the win sown up at some points, but then Slater and Armit got a right shift. Burton tacked over and just managed to hook into it to lead across the finish by a few metres, while Lööf had to settle for fourth.

Burton explained his day. “When we actually got out there it was 50 degree shifts; very difficult. First race was a bit bad for me. The second race I got some nice shifts out of the start and a little bit lucky, but managed to hold it round the rest of the race. The wind was tricky, and they were all a bit slippery downwind but I just managed to hold it.”

Coming into the finish, “I was quite lucky at the top. Freddy was very close behind me but my main goal at that point was trying to get across to Dan as they had some nice lifts on the right. I thought Freddy was probably trying it on a little bit, so I went across to Dan and managed to get a nice little lift and had him trapped in behind me and then tacked on a lovely 15-degree shift. It was a nice bit of luck but I felt I deserved it.”

“It was my aim for this event to win a race so that’s one monkey off my back. Winning a world’s race is a goal I have had for quite a while.” 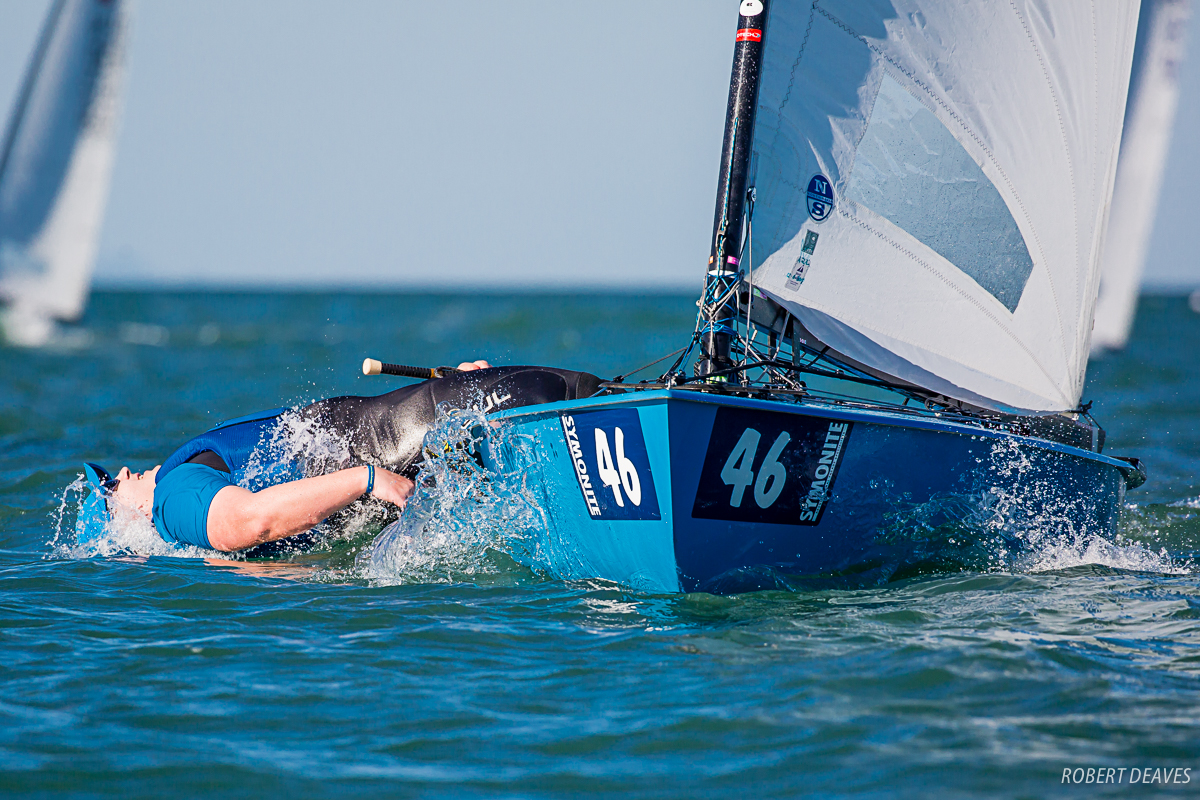 Armit is the 2018 Laser Radial Youth World Champion and also the son of four time OK Dinghy World Champion, Leith Armit, who is here coaching him this week.

Armit said, “It was pretty good racing and a bit tricky, but a great job by the race committee to get two races done in some pretty trying conditions.”

“It was good fun out there and I managed to get a first and a third, which was really good. There’s a lot of luck came in today with pretty hard and trying conditions. It was unusually shifty.”

On following in his father’s footsteps, “It’s really cool. I only hopped back into the boat a few months back and decided to come here a few days ago. I only got back from Miami on Wednesday, so it was a last minute decision to come here. But it was a good decision and I am learning lots so it’s really good fun.”

He is one of New Zealand’s fastest rising Laser sailors and looks to be heading for a great sailing career, “We are doing the trials in the Laser for Tokyo, and I’m trying to do as best I can in that and learn as much as I can.”

But the future is now unsure. “The future is a tricky one though. It would have been nice to look at the option of moving into a Finn. The OK is an amazing stepping stone into the Finn and I really enjoy that side of the boat. But it might be hard at the moment.”

At 17 years old he already weighs 80kg. “It’s quite a struggle to stay light enough for the youth classes as it is. I think it will be the same for the Laser.”

“It is quite disappointing that the Finn is being dropped from the Olympics. It would have been nice to have the option and look at it in the long term. But without the Finn it looks like only small man’s classes for the Olympics.”

At the end of the second day in Auckland, Kiwi sailors fill nine of the top 10 places, the only other being Lööf in fourth place. Many of the favourites are already struggling in what is looking like becoming a high scoring series in the tricky conditions.

Racing is scheduled to continue on Tuesday at 13.00. The series consists of 10 races and concludes on Friday 15 February. 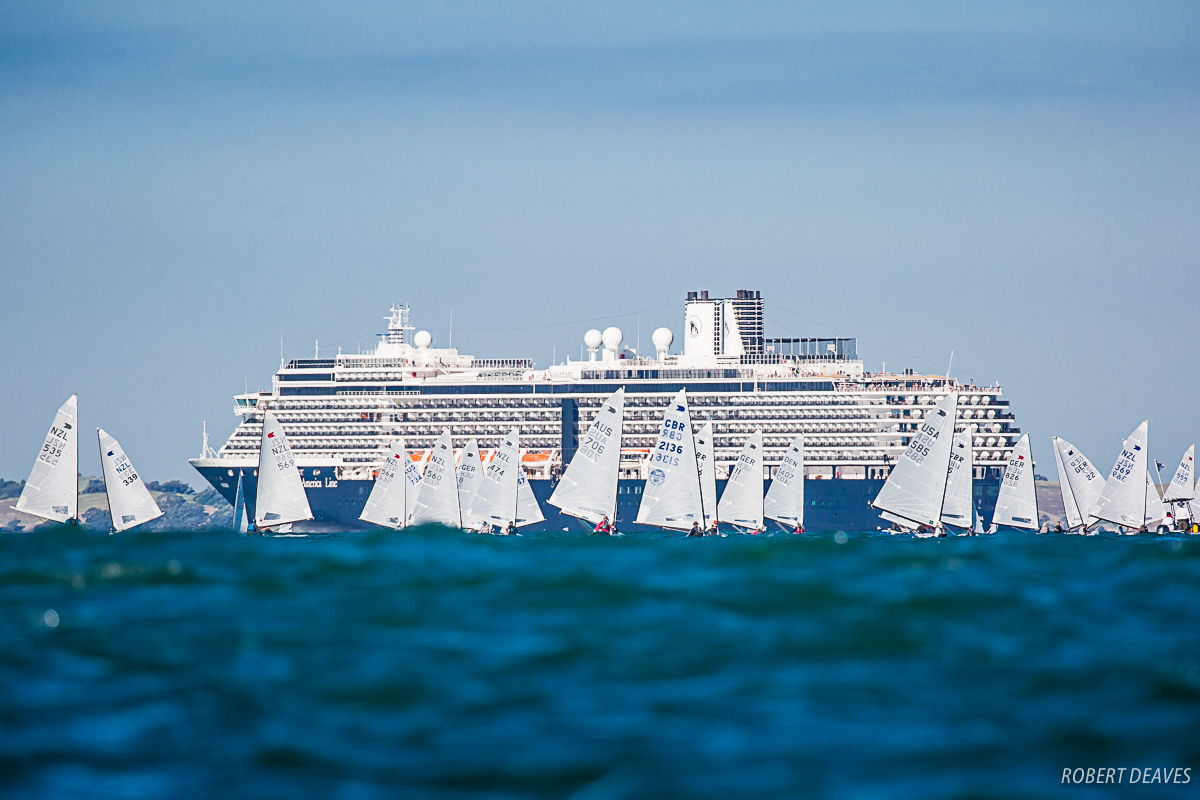 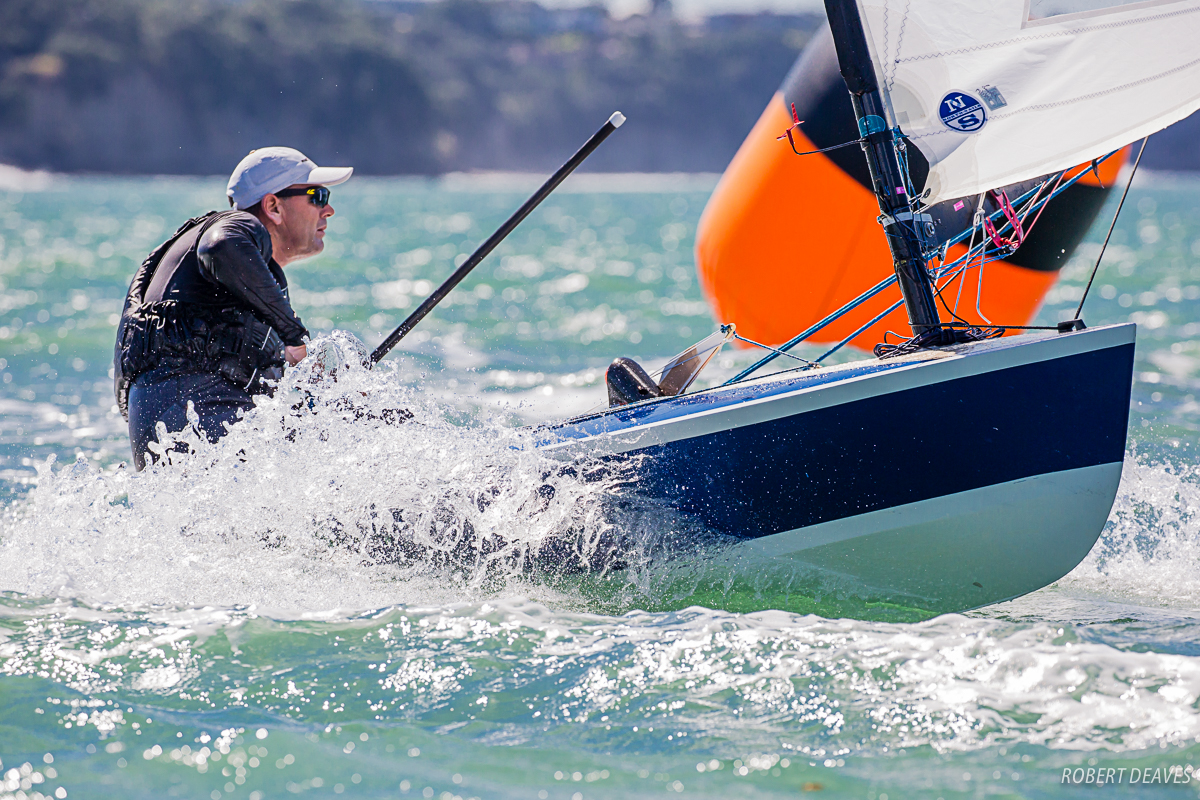